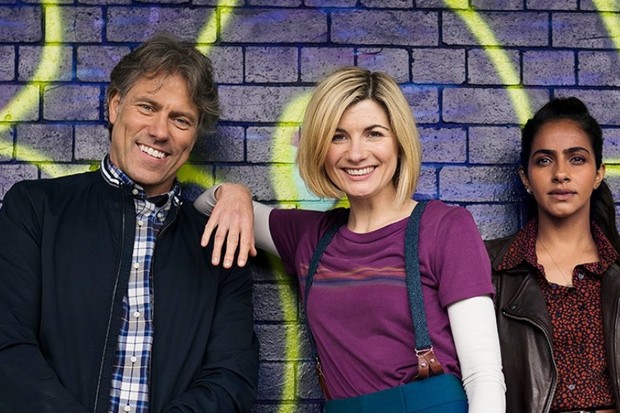 Doctor Who showrunner Chris Chibnall has revealed the creative team behind the show’s upcoming 13th series, which will mark the beginning of the end for Jodie Whittaker‘s time in the TARDIS.

In a departure from convention, the six-episode series is set to tell one serialised story, rather than sticking to the “monster of the week” format most commonly seen in the modern revival of Doctor Who.

This has certainly piqued the curiosity of fans and could deliver one of the most exciting chapters of the Chibnall era, but is in part the reason why fewer guest writers were enlisted this time around.

Indeed, Chibnall himself has written all six episodes solo, with the exception of the fourth instalment where he shares a writing credit with Maxine Alderton (known for series 12’s The Haunting of Villa Diodati).

“She’s brilliant,” said Chibnall, in an interview with Doctor Who Magazine. “We had some other really great writers scheduled, but a lot of our plans had to be altered. Partly because the new series is a serial, partly because there are less episodes and partly because of the turnaround.”

As for directors, Doctor Who has hired back Jamie Magnus Stone, who helmed series 12 opener Spyfall: Part One, as well as the two-part finale Ascension of the Cybermen and The Timeless Children.

Chibnall explained the decision: “He’s great visually, great with action, great with humour and great with actors. Everybody loves working with him and he’s really in command of it. Asking him back was a no brainer.”

Stone will direct episodes one, two and four of series 13, with the remaining three being tackled by rising star Azhur Saleem, who was recently hired to helm Neil Gaiman adaptation Anansi Boys for Amazon Prime Video.

Chibnall explained that Saleem’s work was brought to his attention by Doctor Who composer Segun Akinola, who had worked with the director last year on a short film titled Muse.

“He said, ‘You should see this guy, he’s really talented’,” recalled Chibnall. “Azhur had been in line for the last series but we couldn’t make it happen, so this year we asked him to do three episodes.”

Doctor Who series 13 sees the return of Whittaker and Mandip Gill as companion Yaz, while comedian John Bishop will also join Team TARDIS in a new role.

The new issue of Doctor Who Magazine is on sale now.

Doctor Who will return to BBC One on Sunday, 31st October. Check out more of our Sci-Fi coverage or visit our TV Guide to see what’s on tonight.