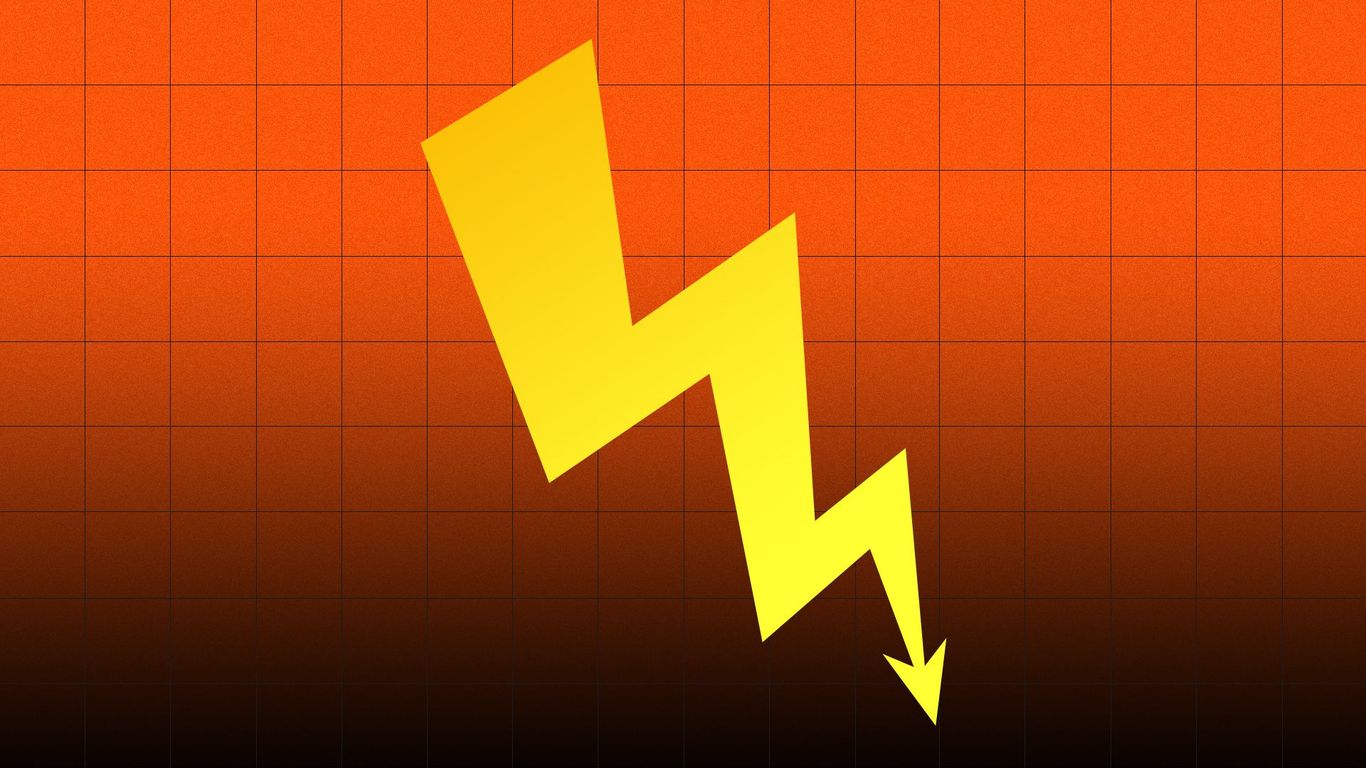 An energy crisis around the world is hitting households and manufacturers that were already struggling to recover from the global pandemic.

Why it matters: This is a perfect storm of crises. It features supply shortages, especially from China; inflation; slowing growth; labor shortages; Russia’s continued geopolitical muscle-flexing and, of course, the fear that the world will burn to a crisp.

Driving the news: A combination of weather-related issues (many of which are related to climate change), unexpected demand and planned outages has sent natural gas and coal prices through the roof.

The big picture: Inflation is bad, but energy-price inflation is terrible. It hurts the poorest the most and scares up memories of 1970s-style stagflation, where rising prices are combined with anemic growth.

By the numbers: Around the world, the demand for coal is far outstripping supply. The price of coal on the Nymex exchange in New York reached $274 per tonne on Oct. 5. A year ago, it was $57.

What’s next: The U.N. Climate Summit in Glasgow begins on Oct. 31.

The bottom line: The world is reliant on fossil fuels for much-needed growth. The problems with that aren’t just intergenerational. They’re right here, right now.