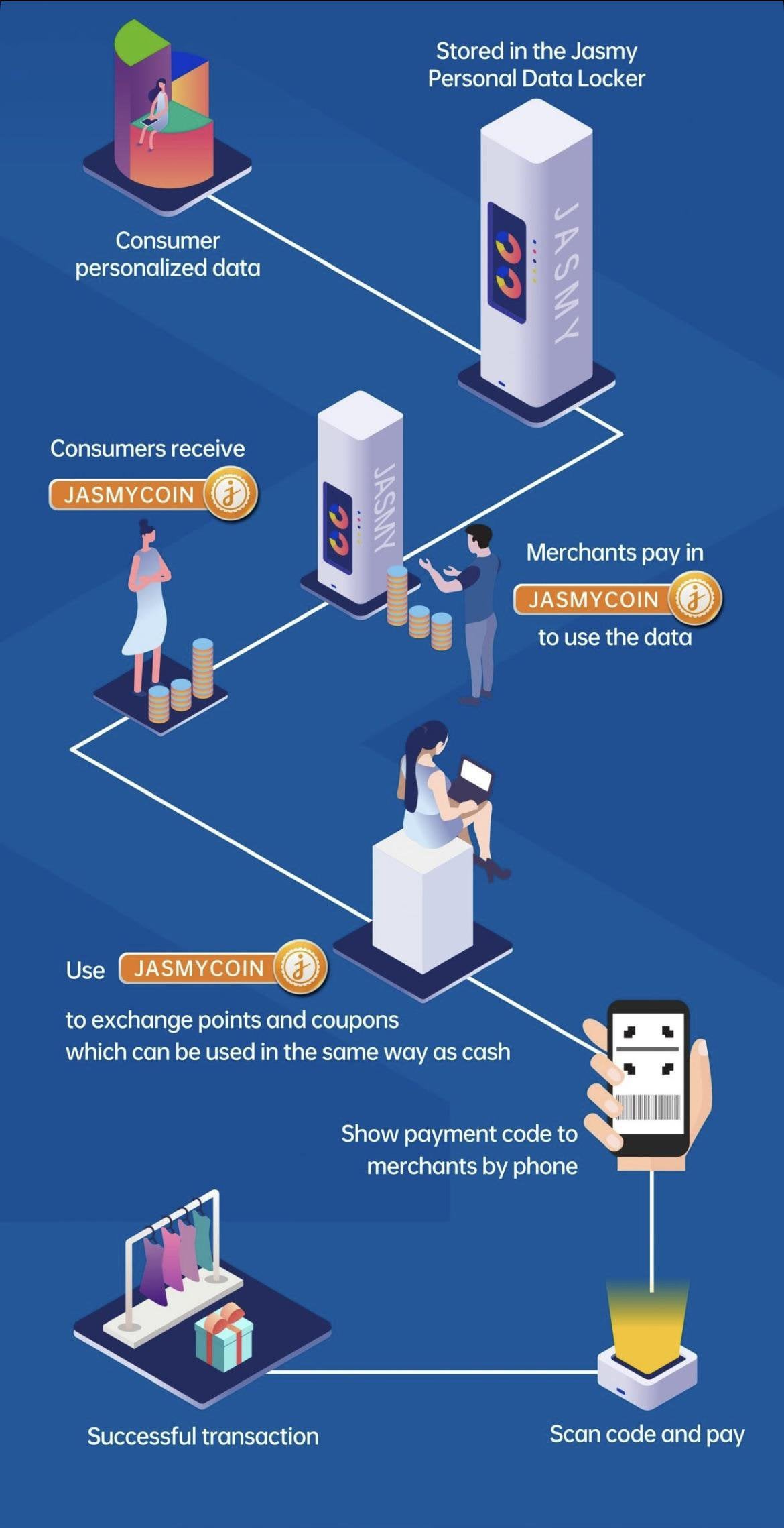 I read the JASMY whitepaper. from CryptoCurrency

There are more but this is the core.

“We aim to realize a data democracy by building a decentralized, democratic world where data is protected as inherently owned by each individual.”

Basically, JASMY is trying to solve the problem of centralized consumer data. IoT collected data, from our phones, laptops, smart homes, etc. is given/sold to companies for stats and products on a regular basis. All that data is on centralized entities leaving it vulnerable to massive data breaches, inaccurate statistics, and more. Centralized consumer data also takes away the power to share data from the consumer (us). We get very little choices on how our data is shared. JASMY wants to solve this by decentralizing data utilizing blockchain technology.

According to the whitepaper they launched the JASMY initiative to accelerate adoption by working with companies willing to take the lead in this project. This actually launched back in January 2019 which means they have been working on this for a while fine tuning their platform.

Okay, this is actually HUGE. JASMY partnered with Toyota and Witz in JUNE. Witz develops automated driving technologies and IoT for companies like Toyota and Panasonic and in June they revealed that they’re working on JASMYs blockchain platform! This is crazy. Was not expecting that.””

I think this is a project we all should be backing.